First Pour Foam Reduction
Every kegerator owner knows the letdown of pouring your first pint of the day and getting too much foam. Even with perfectly balanced draft lines, first pour foam is sometimes unavoidable simply due to the temperature of the faucet itself. Running beer through the faucet will drop the temperature, and the foaming will subside, but not without a bit of wasted beer from pouring off excess head. The NukaTap beer faucet drops to beer serving temperature much faster thanks to its lower thermal mass. Simply put, the bulkier the faucet is, the more beer is needed to flow through and chill the tap. The NukaTap is over 20% lighter than its Intertap predecessor, and even lighter still compared to other brands of faucets.

Improved Laminar Flow
The inspiration for the NukaTap name comes from its uniquely designed "nuke-shaped" shuttle that resides on the inside of the faucet. The NukaShuttle went through numerous rounds of redesigns and countless hours of testing to find a shape that provides superior laminar flow. This means that liquid passes by the shuttle with very little resistance, allowing highly carbonated beers or hard seltzers to pour like a dream.

Sanitary Design
The NukaShuttle is the world’s first seamless single-piece design. Traditional taps feature an o-ring seated on a stainless steel shuttle, which can cause a couple of issues. After many pours, the stainless shuttle rubbing against the internal body of the faucet will create small fissures that become potential infection sites, and the seated o-ring can be difficult to clean in place, making your draft cleaning and sanitizing process less effective than you realize. The NukaShuttle is an advanced TPV rubber matrix that has been seamlessly formed over a durable PP skeleton. This single-piece design eliminates the pitfalls of older manufacturing methods, making it one of the most sanitary faucets on the market.

Forward Sealing vs. Rear Sealing
From tap rooms to home bars, forward-sealing faucets are the ideal choice for any draft setup. In traditional rear-sealing taps, beer will drain out of the entire faucet when it's in the closed position. This means the internal mechanism is coated in beer, which then dries and becomes a sticky residue. Forward-sealing faucets, on the other hand, keep the tap full of beer so it never has a chance to dry and gunk up the internal parts. This makes the faucet much easier to clean and also reduces the chance of off flavors transferring to your beer while you pour.

Reviews
Powered by TurnTo
Review More Purchases | My Posts
4.8 / 5.0
25 Reviews
5 Stars
4 Stars
3 Stars
2 Stars
1 Star
21
4
0
0
0
Rated 5 out of 5
They are Great, Self closing, Great Design, Great Looking and Great Price
What else can I say. Have had Perlick taps for about 8 years, Stainless. But they leaked, Or the would open with a tap handle. I got real tired of beer on the floor. I found the Nakataps, read the review, Talked to the advisor for More Beer and placed my order.
They came, and after a cleaning, installed the first tap to give it a try. WOW, I use a hand made tap handle, this tap slams shut with authority, not ONE drip. I was sold, heck there is a money back return.
I cleaned up and polished my Perlick taps, Put them in the bubble wrap bags, Took them to my brew club meeting and sold them for what i paid for the Kukatap's They were pleased with the great deal. I got the best deal though.
Buy these taps,
September 30, 2022
David B. S
Purchased
3 weeks ago
Rated 5 out of 5
Nuka Beer Faucet
Very impressed with the design. I worked as a CAD Designer in my younger days. Excellent quality.
September 1, 2022
Frank P
Purchased
1 month ago
Rated 5 out of 5
Great performance and aesthetics
Amazing faucets. Great laminar flow and very little foam on first pours due the low thermal mass. These are very easy to disassemble and clean and the different faucet attachments are a nice feature as well. 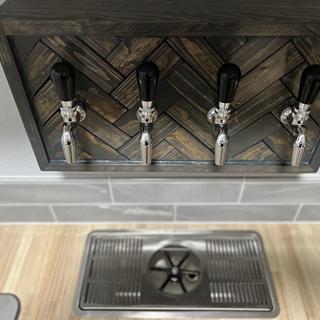 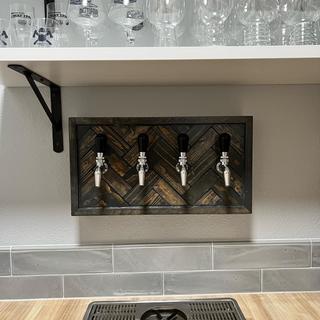 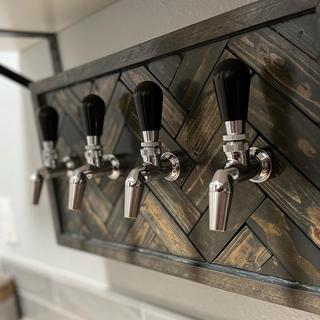 May 30, 2022
N I
Purchased
4 months ago
Rated 5 out of 5
Perfect pour
I bought a used kegerator that had a normal faucet on it and every time I went to use it it would get stuck and wouldn’t pour consistently. The Nukatap is fantastic, never stuck always pours a perfect pint. With the previous faucet I had to pour at 10+ psi, with the Nukatap my psi is set at 5 and pours wonderfully. Will definitely buy again when I get more taps.
April 12, 2022
Ryan S
Purchased
6 months ago
Rated 5 out of 5
This beer tap is awesome.
April 2, 2022
Brian D
Purchased
6 months ago
Rated 5 out of 5
NukaTap
It was time for a new tap, Nukatap works great , no drips easy to clean. The push-in growler attachment will make filling growlers for Beer Club meetings very easy.

Cheers
JH
October 16, 2021
James H.
Purchased
1 year ago
Rated 5 out of 5
Best faucet design, period
Bought these to replace old Peerless. The quality is exceptional, the ease of disassembly and cleaning allows the entire faucet to be sanitized without fear of missing anything. I bought the self closing springs and they work perfectly - no more drips! Highly recommend.
June 9, 2021
Russ Sciandra J
Purchased
1 year ago
Rated 4 out of 5
Pretty good for the most part
I love these taps. I bought 6 to replace all the faucets on my kegerator. Unfortunately, I received a couple that still had chips of metal in the threading where the nozzle screws in. Looks left over from the machining process. I understand these things happen on occasion, but one of mine looks like the machining was not very good to begin with. So I took off a star since 1 of 6 isn't too bad. Otherwise everything is great! Could just use a little better quality control. I added a photo and you can see the flaw in the threading. 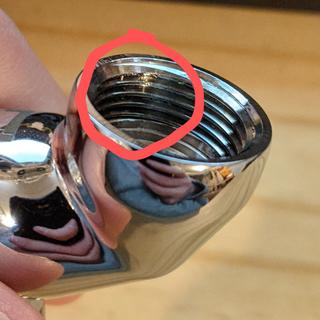 Added Mar 30, 2021
March 30, 2021
Adam Kimball
Purchased
1 year ago
Rated 5 out of 5
Great
These taps are amazing. I think the tap works great.
March 29, 2021
Edmanuel G
Purchased
1 year ago
Rated 5 out of 5
They are working as advertised. Seem to reduce the first pour foam. Now I can keep my co2 pressure a bit higher and still get great first pour results. I also really like that they can take the same nozzle fittings from their previous taps. Usually keep the barbed nozzle on there to accept a growler filler hose all the time. Just add the hose when needed. 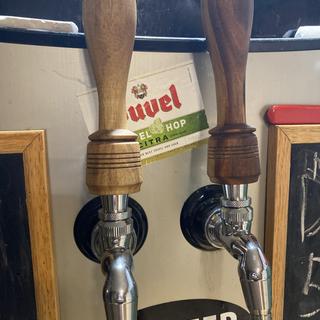 Added Feb 15, 2021
February 15, 2021
Mark K
Purchased
1 year ago
Rated 4 out of 5
Spring not doing the job
First, let me say I love the way this faucet pours a beer. I really think they got that part 100% nailed. I bought a spring and shank so that this faucet would "return to closed" when the handle was released. It hasn't really worked well since I bought it. If I screw the collar down tight enough so it doesn't weep some beer, it's simply too stiff for the spring to overcome. I still plan on continuing to use the faucet because it's so "pour friendly"
January 30, 2021
LF DAlessandro
Purchased
over 2 years ago
Rated 5 out of 5
Solid tap with no drips
I bought three of these for my keezer build. I absolutely love them. A lot of thought went into the design of these taps. I have another brand of tap with these three and I can't trust it not to leak. I will probably replace it with a Nukatap as well. Definitely worth the money. I also got a growler attachment which makes filling a growler from the tap super easy.
December 14, 2020
Catherine Burgin
Purchased
1 year ago
Rated 5 out of 5
Worth it!
Nice piece of work. Reasonably priced and works perfectly.
December 11, 2020
Bubba
Purchased
1 year ago
Rated 5 out of 5
Smoother pours with less foam
Great looking faucet, flows much smoother than the one originally on my kegerator. 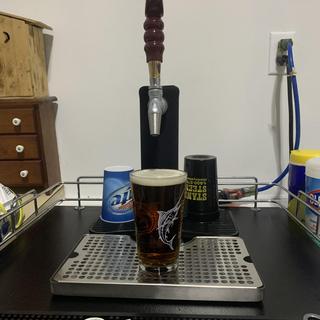 Added Nov 12, 2020
November 12, 2020
Eric T F
Purchased
1 year ago
Rated 5 out of 5
These taps are amazing. I never have foam, and with 3/16ths tube it pours perfectly.
October 20, 2020
James McDonald
Purchased
over 2 years ago
Rated 5 out of 5
get these!
works like a champ no more glass full a foam
October 14, 2020
Nojoe Biden
Purchased
over 2 years ago
Rated 4 out of 5
Almost returned them
I have a three tap tower on a Beverage Air tapper So I ordered 3 NUKATAP Faucets. After cleaning and installing only 1 to make sure it worked as advertised. I tried the one and it dripped nine times before stopping. My existing Perlick faucets only dripped 2 to 3 times. Nine drips would be unacceptable. I tried it again and it dripped 9 or 10 times again. I was done for the day. Next day I tried again and much to my surprise it only dripped 2 or 3 times. Much better. I tried it again with the same results. I installed the other 2 and so far I think they are working as advertised. They do pour with a much small head. Maybe 1/2 or my old ones. Time will tell, but so far so good. 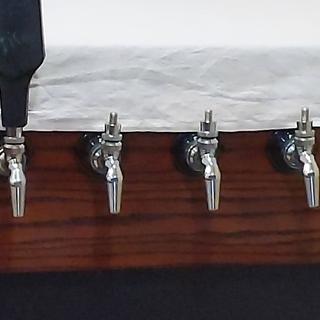