Ale Industries was the second brewery to open in Concord, and just happened to be right next door to us (man, we were lucky)! Morgan and Steve, the brewers and co-owners, opened Ale Industries with one thing in mind - to not brew the same beers that everyone else is brewing. Their first beer, a hybrid Witbier called "Orange Kush" (No called Golden State of Mind) , is more malty and aromatic than most commercial wits are. The second beer, Rye'd Piper, is a malty red ale that has a very hop-forward structure, but not over the top, like some reds can be.

Our recipe kits DO NOT include grain bags, yeast or priming sugar. The recommended yeast(s) can be found below. All grains will come milled. 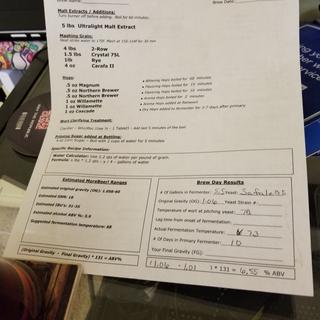 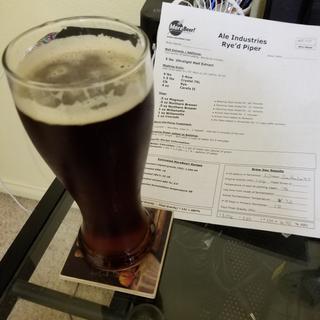 I just tried the first one from the keg. Excellent balanced beer with good bitterness and great rye flavor along with some hop goodness. You can't go wrong with this kit.

I just wish the had it back in stock so I could order another one.
December 26, 2012
Matt O