Using sugar in beer is a common practice, even if those sugars don't come from malt or malt extract!  Brewing sugars and candi syrups for home brewing are available here at MoreBeer! We offer both types of brewing sugars: technical sugars and flavoring sugars. Technical sugars include corn sugar, lactose and maltodextrin. Corn sugar is employed for carbonation and can be metabolized by yeast, but the other two technical sugars cannot be, so their purpose is to add mouth feel and body. The flavoring sugars are not there for their gravities, but for their ability to enhance the taste of the beer, with authentic Belgian-tasting beers incorporating Belgian syrups and candi sugars. Candi syrup with flavors such as maple and smoked bacon, chipotle pepper, blood orange, cacao nibs, tart cherry and more are available, giving brewers a diverse array of options to create a unique flavor.

Want to learn how to make Invert Sugar? Click here, to check out our article on the subject! 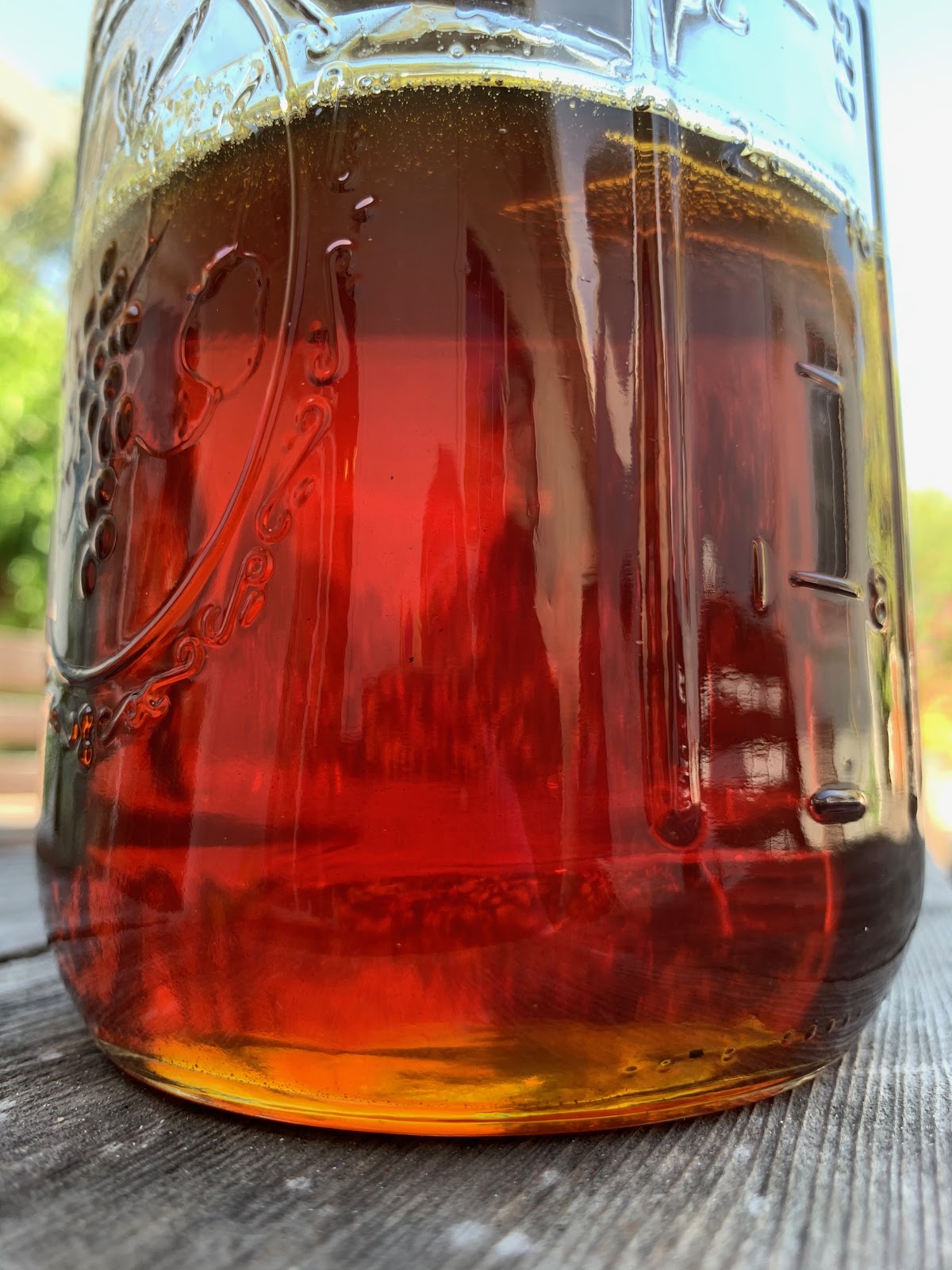 By Robbie Proctor
Many home brewers are more familiar with the idea of invert sugar than they realize, through the brewing of Belgian beers. Belgian Candi Syrup is in fact an invert sugar, in this case typically refined beet sugar, that is used to increase fermentability, and indeed ABV, without increased body. Color can also be manipulated with these syrups.
There is however another brewing culture, near and dear to my home brew heart, that has employed invert sugars throughout the centuries as an adjunct, and that is British Beer. 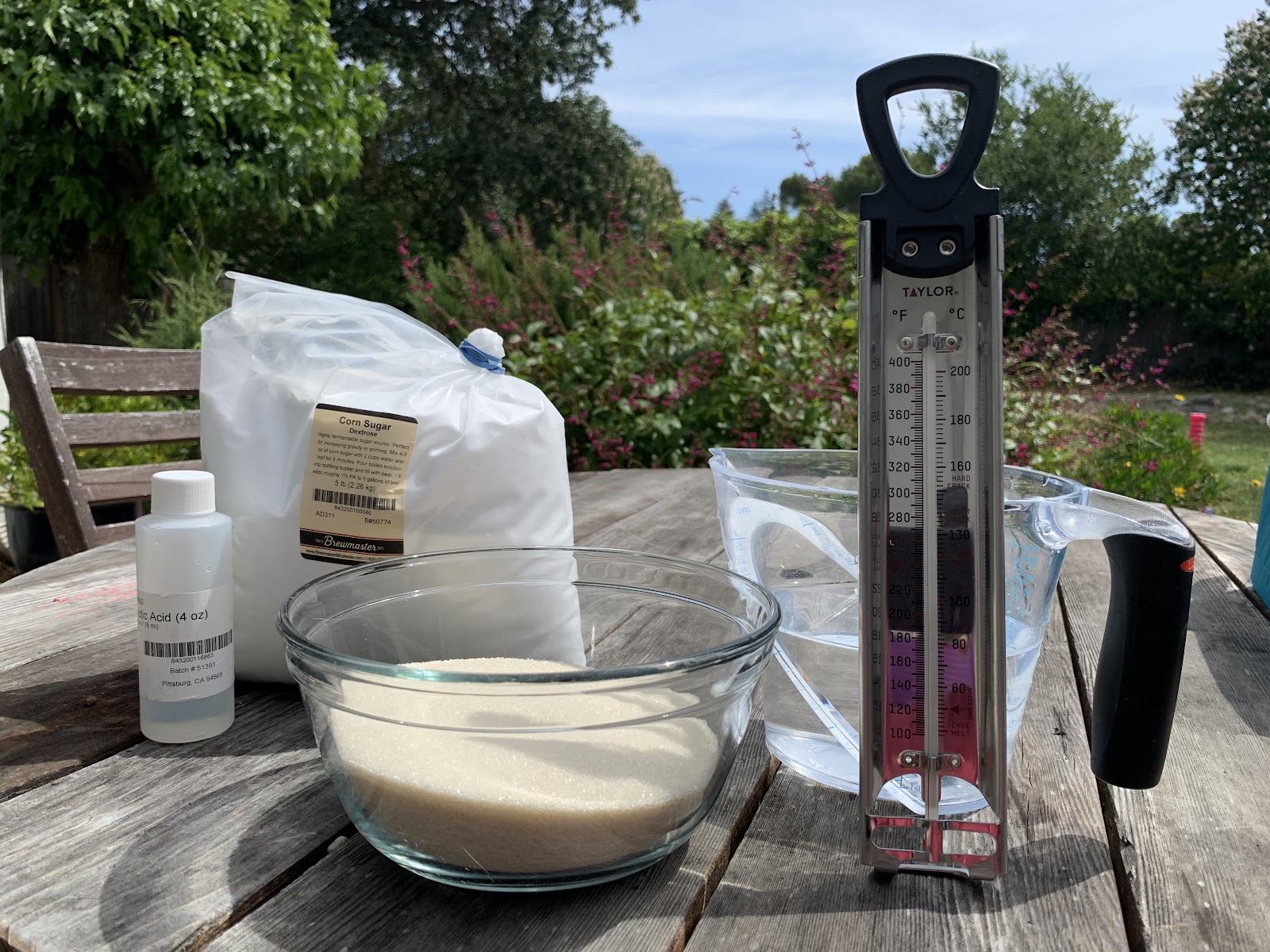 So ‘what’s the difference between Belgian and British brewers' use of invert sugars?’ I hear you cry! And indeed, why not just use regular sugar?
Let me start with the latter.
Most of us have probably poured a pound of sugar into an American IPA, or maybe a Belgian Triple, to great effect. This sugar (sucrose) is a disaccharide. The process of inversion splits the sucrose into fructose and glucose (also known as dextrose). These new monosaccharides give the brewer a more fermentable adjunct - basically it’s even easier for your yeasties to eat!
This sounds great, but if that’s the only reason then why bother with another thing to do during a brew?
Well, increased fermentability is not the primary reason to use invert sugar, particularly in more malt forward beers, such as British Ales. And that brings us to the former question!
The English tradition of invert sugar does not use a refined product as its starting point, but rather raw cane sugar, which by its very nature contains impurities. And it’s in amongst these impurities that the magic happens.
By heating up these sugars for sustained periods of time, many small, simultaneous chemical reactions occur, producing new flavors, aromas, and colors. These are known as Maillard Reactions, and the end result is a layer of complexity in your malt forward English Beers that will have your Ordinary Bitter taste anything but!
So let’s take a look at how to make your very own Invert Sugar. 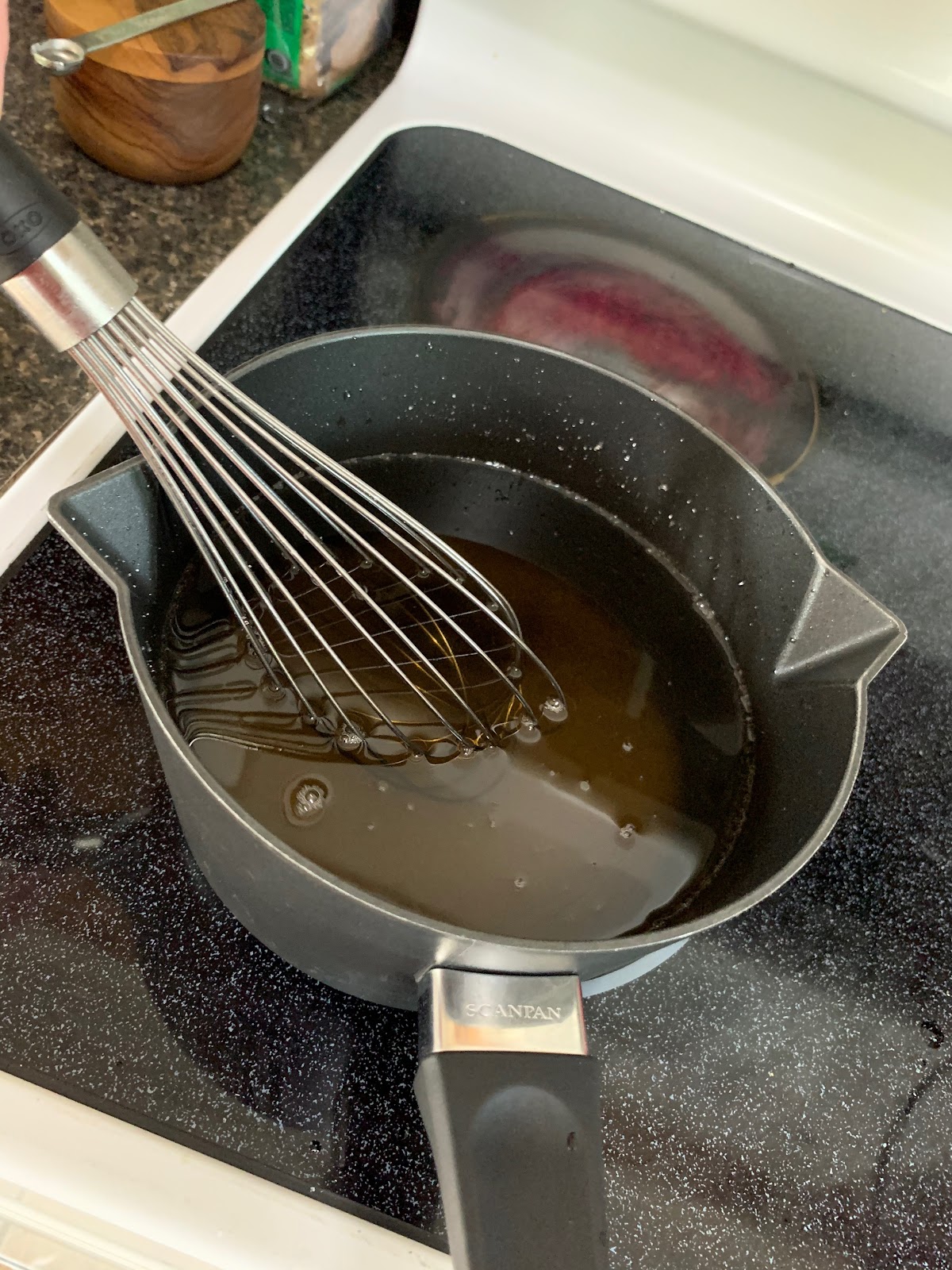 Before you start, you will need a bowl, measuring jug and a candy thermometer. After making a few batches, I upgraded from the regular $8 type to a fancy digital thermometer with a temperature probe and heat alarms! 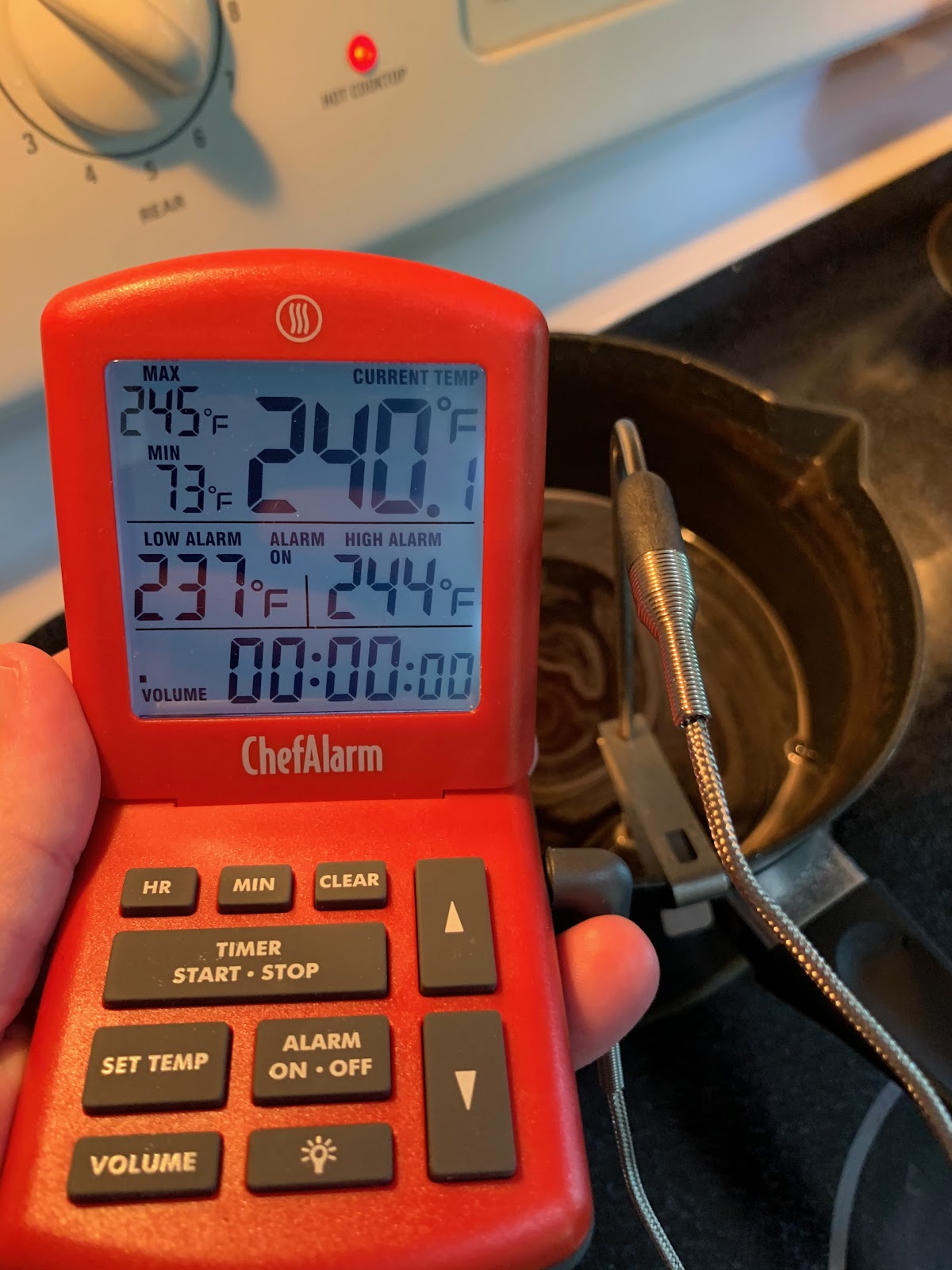 When am I done? 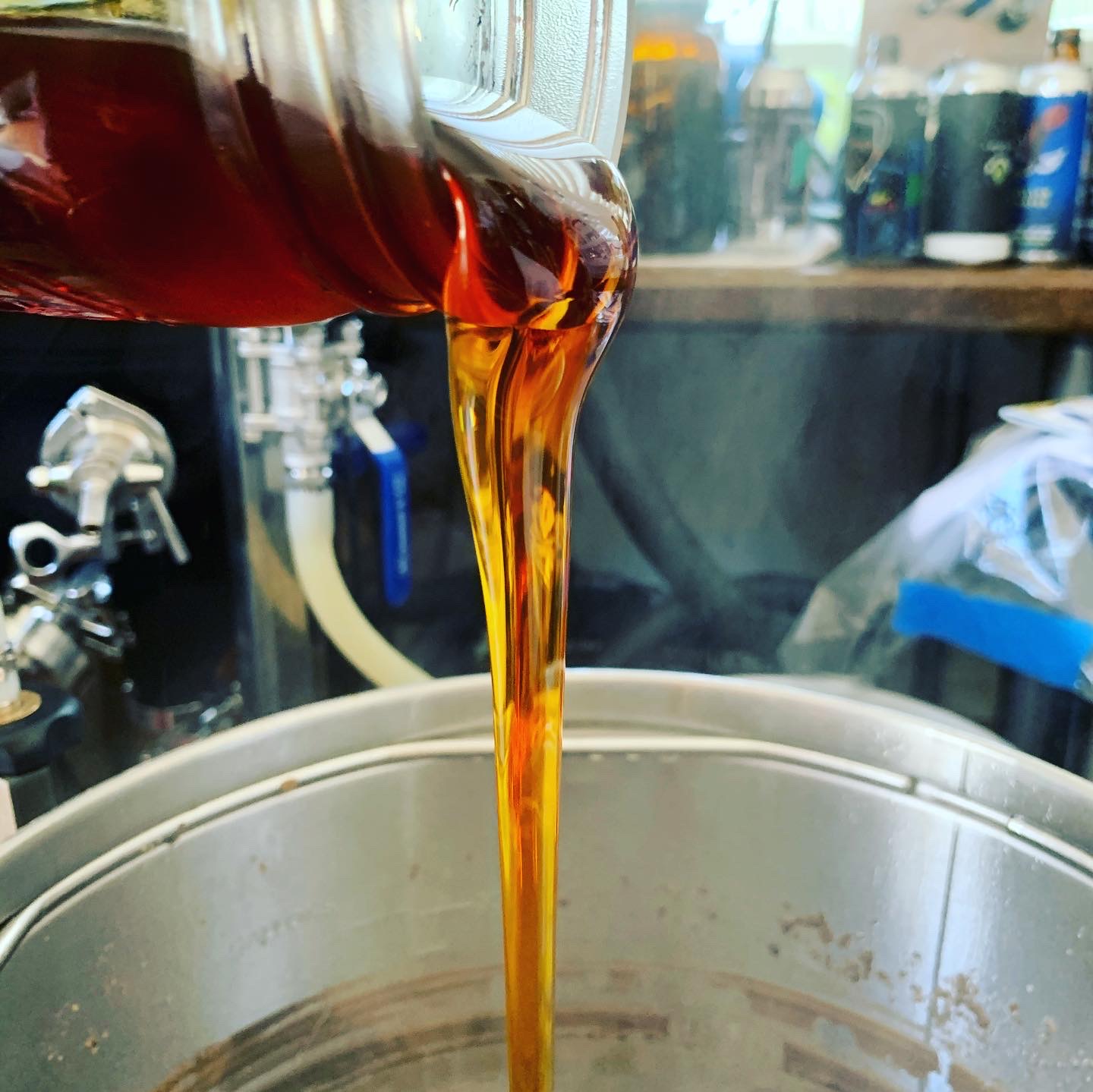 To package, I prefer a cleaned and sanitized mason jar. As the invert sugar cools in the jar, the lid will form an air tight seal. I usually make a batch a day or 2 before  brew day, but it will keep longer in a cool, dark place if you package using sanitary canning procedures.
When it comes to brew day, once I have my boil on I like to put the mason jar of homemade invert sugar in a warm water bath to make it runny enough to pour. Add your invert sugar at flame out and be sure to stir well so it fully integrates with the wort. Whirlpooling helps in this process! 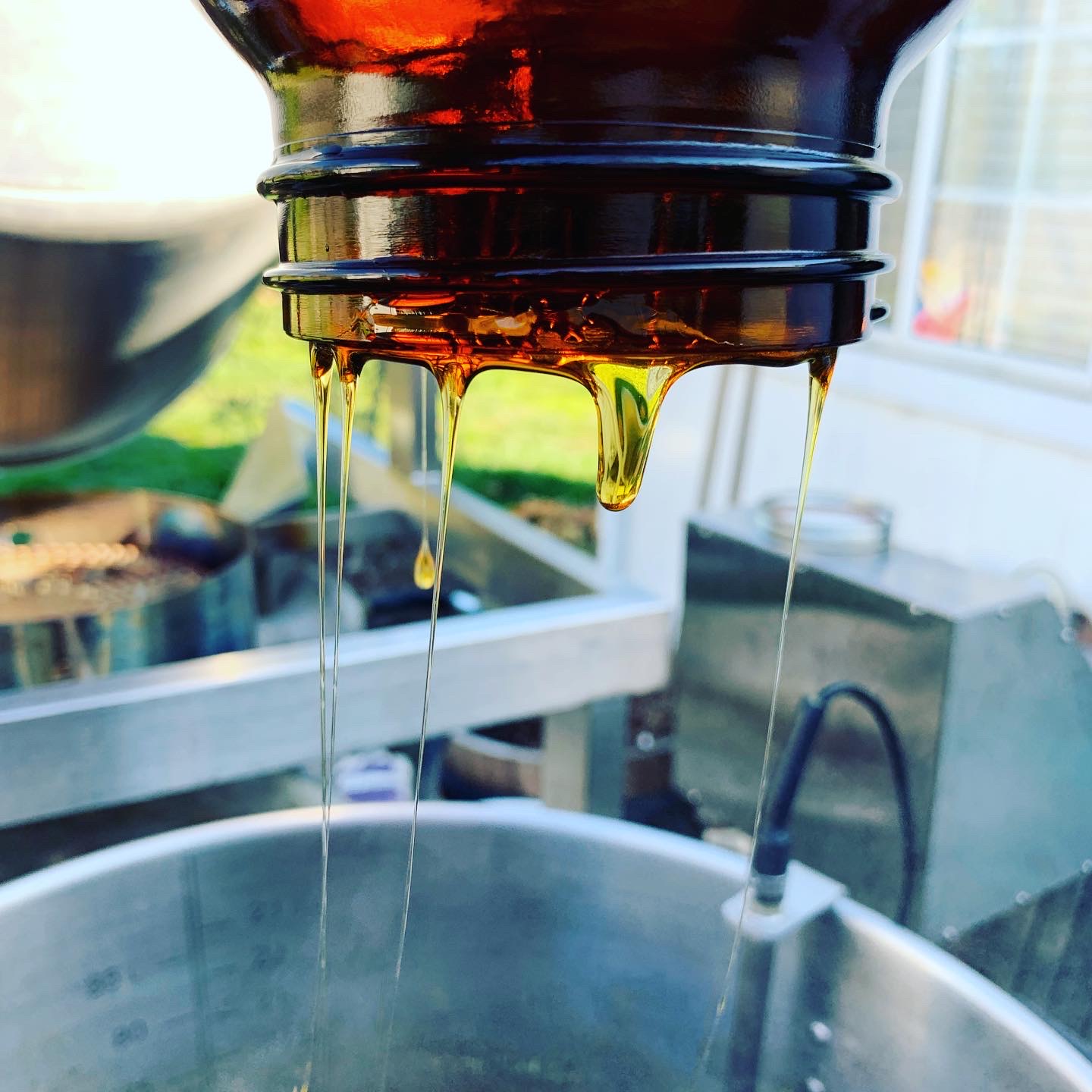 I have used the above method to make invert sugar for Milds, Bitters and Barleywines with great success. It really does add a little extra depth to those malt flavors, and think of the bragging rights you’ll have the next time you talk home brew with a friend. Cheers! 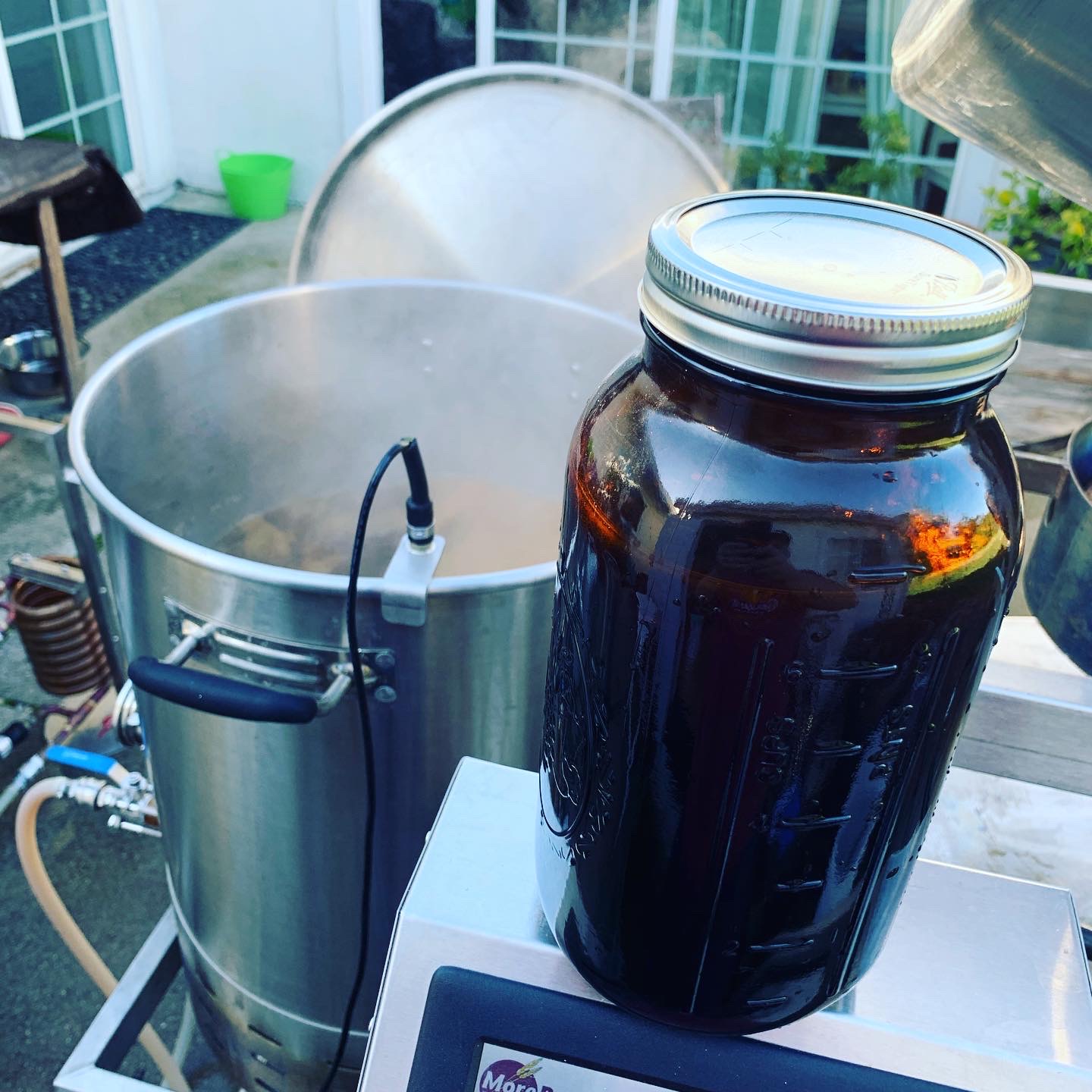