The kit features the unique flavor of this new Zythos hop blend as it is only hop in the kit from start to finish. This recipe represents how Will brews his test batches at the Hopunion test brewery (small plug... brewery built by MoreBeer!) Will designs his beers in such a way to let the hops shine. That means base malt, a touch of Munich malt, just a bit of Crystal 40 malt and lots of hops, strategically inserted through out the boil as well as into the fermenter or keg for dry hopping.

Since this beer is all about showcasing this hop we caught up with Will and asked him for his description of the Zythos hop "I get lots of citrus and tropical fruit notes. The hop was blended to get a little of everything in one pellet. We went for citrus, tropical, pine, and spicy as the main flavors in that order. It also has some experimental varieties to make it more complex and interesting." Learn a little more about the Zythos Hop. Zythos Hops

Will Harrison studied at the OSU Food & Science Technology department with an emphasis in brewing. He became assistant and later head Brewmaster at the Wild Duck brewery. He then moved on to Hopunion where he has performed a variety of jobs including setting up their Hop Lab and helping start Alpha Analytics, a lab for breweries. He also designed and installed their test brewery (made by MoreBeer!) and was also involved in hop sales to Breweries. The test brewery was set up so that Hopunion employees and potential customers could actually taste hops in action. The brewery is also used to sort out and select hops from the experimental hop breeding programs that Hopunion is part of.

Our recipe kits DO NOT include grain bags, yeast or priming sugar. To find our yeast recommendations, choose your preferred kit option above and then select the drop-down menu under “Yeast Options”.  For more info, click on the recommended yeast(s) below in the “You Might Also Need” section below. All grains will come milled, unless you select unmilled base malts.
Documents
Customers Also Purchased

Reviews
Powered by TurnTo
Review More Purchases | My Posts
4.9 / 5.0
7 Reviews
5 Stars
4 Stars
3 Stars
2 Stars
1 Star
6
1
0
0
0
Rated 4 out of 5
Get it!
Hops smelled so good at boil. Found as the beer aged about 2 weeks in my keg, flavor evolution was more pronounced and gratifying
May 31, 2020
Nojoe Biden
Purchased
over 2 years ago
Rated 5 out of 5
Very nice IPA
This is the first kit I purchased from MoreBeer - but it turned out very well. Although I altered the recipe slightly, moving a few oz of hops to the beginning of the boil for a slightly higher IBU, it turned out perfectly balanced for my taste and still had a lot of flavor and hop character in the keg. Would highly recommend this kit for anyone who likes IPAs. 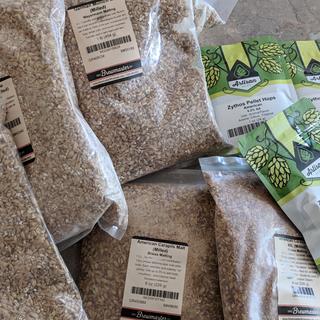 Grain arrived pre-milled and quickly!
May 30, 2018
Kevin Meyer
Purchased
over 4 years ago
Rated 5 out of 5
My favorite IPA so far ?? 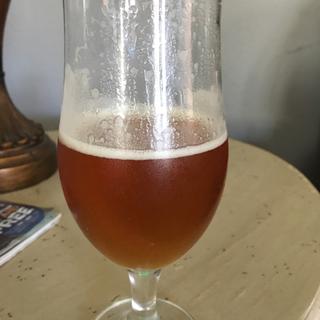 Added Apr 2, 2018
April 3, 2018
shon c
Purchased
over 4 years ago
Rated 5 out of 5
Unique and delicious
Odd hop, but definitely good. Unique beer but really good. I got tired of brewing some variation of a Typical C hop (Citra, Columbus, cascade, etc) so this was a nice new flavor
January 27, 2018
Charley C
Purchased
over 4 years ago
Rated 5 out of 5
Very Good IPA
Turned out really nice with US-05 friends and family killed my keg in under a week!!! so I just Ordered another kit but will be using GigaYeast's GY054  Vermont IPA strain this time.
July 27, 2016
CKat
Rated 5 out of 5
Love That Zythos IPA
Really enjoyed making, then drinking this IPA. So did all my buddys,will order this again.
May 27, 2015
Blackspruce
Rated 5 out of 5
great hop
I love HopUnions Zythos hops! They make for a great pale ale or IPA and can be used liberally to dry hop.
May 29, 2013
jonathan h