New School Kicks is a classic take on a modern style. This Hazy Pale Ale is packed with a two-sided cassette's worth of hip, hop aroma, followed by a soft mouthfeel that is smooth enough to kick back and vibe to, then finishes with a slight bitterness and the dry character of a classic West Coast hit. Press play on this masterful remix and allow Amarillo®, Simcoe®, and Mosaic® to lay down funky beats of tropical fruit, citrus, and cannabis.

Developed by our own Vito Delucchi, NSK was designed to take everything you love from a classic West Coast American pale ale and combine it with elements from a new school hazy/juicy pale ale. His award-winning creation has been brewed in different iterations at several local breweries in the Bay Area, including Barebottle Brewing Company and Danville Brewing Company.

Our recipe kits DO NOT include grain bags, yeast or priming sugar. The recommended yeast(s) can be found below. All grains will come milled, unless you select unmilled base malts.

Reviews
Powered by TurnTo
Review More Purchases | My Posts
4.8 / 5.0
4 Reviews
5 Stars
4 Stars
3 Stars
2 Stars
1 Star
3
1
0
0
0
Rated 4 out of 5
My first all grain brew
This recipe was my first so I can only compare it to the handful of extract and partial mash brews that I have done so far. I picked it because it is the type of beer that I like and It seemed straight forward to make, which it was. Mine came out straw in color and it had a great scent of pineapple and apricot.It was a smooth easy drinking beer that I had no problem drinking a couple a night and finishing the entire batch pretty fast. I will probable brew this one again after I try some others.
September 16, 2020
Gerard Natale
Purchased
1 year ago
Rated 5 out of 5
Great Variation on the Hazy Trend
This turned out really great. I brewed it with the GigaYeast Vermont IPA yeast. The beer had all of the characteristics of a great hazy IPA, but it wasn't over the top with sweetness like a lot of them can be. The Hazy Pale Ale category is a great variation if you love hazy IPA, but are getting burnt out on all the sweetness. 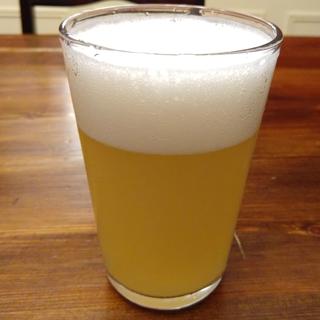 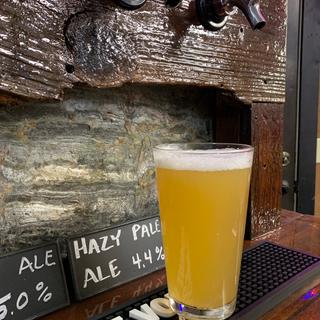