Haze Craze is our take on the hazy North East IPA.  Also known as a New England IPA recipe, or a Juicy IPA, it is one of the fastest growing beer styles in the US.  The style accentuates hop character while maintaining a smooth and creamy mouthfeel.  Light in color but hazy due to heavy dry hopping, yeast selection, as well as additions of oat and wheat .  Low in bitterness with a huge hop character due to hop-bursting, this beer will satiate even the biggest hop head.

The North East IPA has become popular nationwide thanks to breweries like Tree House Brewing, The Alchemist, Hill Farmstead and Grimm Artistanal Ales.  After my first taste of this delicious style, I knew that brewing it at home was a must.

Our recipe kits DO NOT include grain bags, yeast or priming sugar. The recommended yeast(s) can be found below. All grains will come milled.

Reviews
Powered by TurnTo
Review More Purchases | My Posts
4.8 / 5.0
23 Reviews
5 Stars
4 Stars
3 Stars
2 Stars
1 Star
19
4
0
0
0
Hazy Crazy IPA...best home brew yet, excellent kit!
I was very impressed unboxing the kit with amount of malty extract and hops. I loved the whole hop flowers, beautiful aroma. I used a brew sock for the flowers and pulled them right after the boil. I did the final dry hopping 48 hours prior to bottling, next time I'll add the hops too in a sock so they don't clog my bottle filler. I did a straight 3 week fermentation in my SS Brewtech Brewbucket.
Final result is a balanced, fruity hoppy, delicious brew with a clean finish. After 2 Crazy Hazies, I'm feeling real good!!
January 7, 2020
CHARLIE
Purchased
2 months ago
A great brew
This kit is excellent. I brewed this along with the Pliny kit, and my guests were pretty much split, 50/50 as to which they liked best.

I brewed this following the instructions to the letter. Dry hops in at 3 days. ....ect. White Labs yeast.

The taste is smooth with a lingering hoppy finish. it's very good. I doubt this is going to last long around the house.
December 24, 2019
Michael Simpson
Purchased
1 month ago
Fantastic Kit- One of my best beers so far
I've been brewing for a about 2 years now and i got to say this is hands down one of the best beers I have ever brewed. I am a huge fan of NE IPA's and i got to say this one tastes very close to a few of my favorites that i can get at the liquor store. i only ended up doing the later addition of dryhopping but it still turned out great. Strongly recommend this one. Morebeer did a fantastic job with this kit! 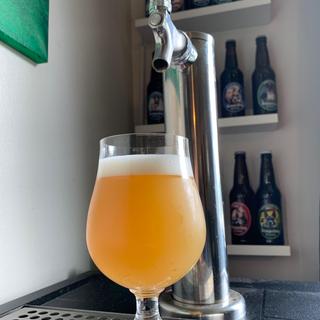 Added Jul 14, 2019
July 14, 2019
Evan Fuellenbach
Great, easy brew
Easy to brew and a nice juicy taste.
March 17, 2019
de h
Purchased
11 months ago
Great HAZE CRAZE
this came out great , nice and hoppy
January 3, 2019
THOMAS M
Purchased
1 year ago
Nice Kit
The Haze Craze "kit" is very nice, quite a tasty hazy IPA. I will certainly be making it again.
September 4, 2018
David Scott N
Purchased
1 year ago
Great recipe
I couldn't get the beer as hazy as expected, but flavor and aroma wise, it was a really, really good beer.
August 22, 2018
Jesus R
Purchased
1 year ago
Actually wonderful. Nice kit.
July 23, 2018
Joshua Conn
Purchased
over 2 years ago
Huge hit!
I have not been a IPA fan but this recipe has changed my mind. I made this for my granddaughters I do barbeque. I had so many people come up to me and say it was the best beer they have had. I could not be happier with the results. Not overly bitter but tremendous hops flavor and aroma. I am buying another kit tonight for myself this time.
June 24, 2018
Charles Stahl
Purchased
1 year ago
Great beer, even though I messed up
This was my second beer, and it tasted delicious. I accidentally put the cone hops in without using a mesh bag, and left them also in my fermenter which left me with less beer overall and some issues while bottling, but the beer still tasted amazing, definitely will buy again 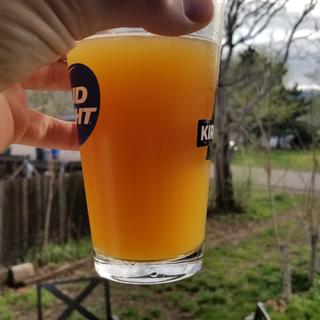 Ski Kirkwood
May 10, 2018
JP McFarren
Purchased
1 year ago
Great IPA
This was the third brew I have done, and so far the best! I'm not a huge fan of IPA's, but this is amazing! I've already given away 8 bottles and they have all gotten rave reviews. If you are a fan of IPA's (or not) I would highly recommend this brew! Cheers.
April 24, 2018
Rick Hausauer
Purchased
1 year ago
Excellent
I made a mistake in my water measurements somehow. Ended up kegging 4 gallons which pushed the ABV up to 8.7. The aroma and flavor were amazing. It was a big hit with people I shared with. My first time using whole cone hops... lesson learned. Next time use a hop filter. I had small flakes from the whole cone in my keg which occasionally plugged my poppit valve. Definitely will brew this one again. 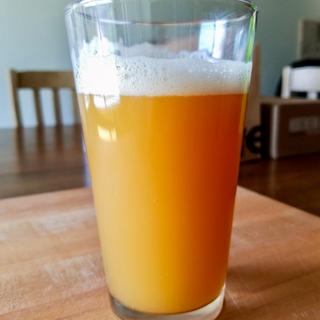 Very hazy. Looks like a glass of orange juice.
April 22, 2018
David Morrow
Purchased
1 year ago
I also added 2 oz of Galaxy hops. It is amazing!
April 14, 2018
Brian P
Purchased
1 year ago
Great first hazy
This is an excellent hazy brew kit – I liken its flavor to Sierra Nevada’s Hazy Little Thing (i.e. more on the bitter side for NE IPA’s, with a hint of mint), but with a delicious tropical scent. Others have described it as apricot-y, and my first pours seemed like spicy orange juice, which sounds weird but is what I was shooting for ?. The color was lovely, but more of a warm brown haze, rather than a vibrant orange that I’m looking for with hazies. The haze has filtered out over time, but it’s still got great flavor.

One issue I had was how to do the whole cone hops, and there wasn’t as much direction there as I had hoped. I ended up pouring them into the pot at the end of the boil, and then trying to filter them out as I poured into the primary carboy, but that was a real pain. If I brewed again, I’d use a second hop bag, or maybe just let them go into the beer? Anyone else approach this differently?

Flavor: 4/5 – Great, enjoyed by all, but not as unique and powerful as brewery-made hazies I’ve tried

Ease of brewing: 4/5 – For a fairly complex beer, this was straightforward, save the whole cones

Recommendations: I might add a bit more mosaic the next time I brew this, and after I put it in the keg. I just like the mosaic flavor profile. 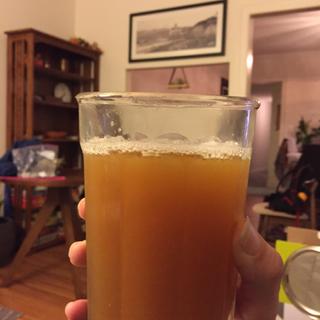 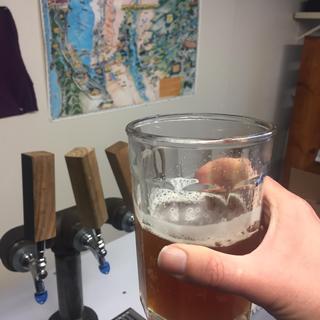 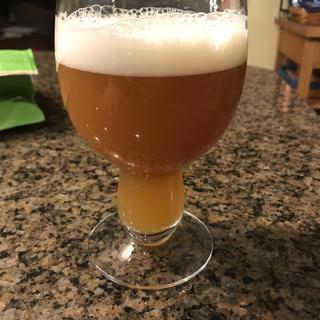 Defitinely hazy!!! Big (maybe gigantic) fruity tropical nose on this beer. Easy to drink
March 5, 2018
Scott F
Purchased
1 year ago
Good brew.
Very happy with this kit. A little darker and maltier than expected, but great flavor.
February 27, 2018
Rory F
Purchased
over 2 years ago
Good and Hazy!
This beer kit was great! Although I wasn't able to get that light of a color the taste was awesome! Will definitely brew this one again. 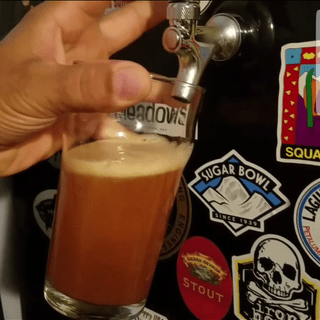 Added Feb 4, 2018
February 5, 2018
sean g
Purchased
over 2 years ago
Great Flavor and Aroma
Didn't turn out as hazy as I expected. Funny, all these years I have worked at brewing clear brews and the only time I try for hazy and came out pretty clear! Loved the "Double Dose" Giga Yeast for Vermont IPA! Nice!
January 30, 2018
JA H
Purchased
over 2 years ago
Yum!
Turned out very well - will make again!
January 27, 2018
Bob H
Purchased
over 2 years ago
Perfect NE IPA
This beer is my favorite IPA recipe and I've brewed dozens over the years
January 26, 2018
Matthew T
Purchased
over 2 years ago
Loved It
Brewed this one twice now. Even better the second time!
November 15, 2017
Shobrew
Turned out great
Heavily dry hopped = hop heaven. This one is hoppy and tastes great with a little lingering bitterness. I used a large nylon bag for the flaked grains but after it swelled up, I realized I should have divided into 2 bags. I don't think I got the full haze craze effect. I'm doing this one again, no doubt.
November 10, 2017
Jeffrey C