Matt Brynildson of Firestone Walker Brewing Co., Paso Robles, California. It seems to some that Matt has almost been bred to brew beer. After getting a degree in chemistry in 1993, Matt went to work in Michigan doing research and development on hops for the brewing industry. In 1995, Matt went to the famous Seibel Institute of Brewing Technology to further his education. After brewing for Goose Island in Chicago and then moving to California to work for SLO Brewing, Matt was appointed Small Brewmaster of the Year in 2001. Later that year, he was asked to join the crew at Firestone Walker. Two years later Matt was dubbed Mid-Sized Brewer of the Year at the Great American Beer Fest AND at the World Cup of Beer, for a total of 12 medals in just three years! Since then, Firestone Walker has been gaining a large following in California due in part to it's flagship beer, Double Barrel Ale, which is produced in a Burton Union system that has the beer fermenting in barrels. Firestone Walker Brewing Company is the only brewery in the U.S. to ferment in barrels and one of only two in the world. In addition to the line-up at Firestone Walker, Matt also brews the Nectar Ales line of beers, as well as a few of the Trader Joe's house brands. Learn more at www.firestonebeer.com

Don't let the name fool you, this beer is easy on the oak, having been created so that all ingredients blend perfectly with one another, even the oak. In fact, the oak really takes a back seat to the wonderful malt characteristics that this beer presents, which may be hard to imagine once you realize there are 2 ounces of oak in this one! A blend of American and English base malts provide the foundation for this beer. A little Munich, some crystal, and that's it - simple, yet flavorful. Just how we like it. One can easily spend all night drinking this smooth amber ale ... in fact, many of us at MoreBeer! have done just that! The low bitterness ties everything together and makes you remember just how much of a craft brew this beer really is.

Our recipe kits DO NOT include grain bags, yeast or priming sugar. To find our yeast recommendations, choose your preferred kit option above and then select the drop-down menu under “Yeast Options”.  For more info, click on the recommended yeast(s) below in the “You Might Also Need” section below. All grains will come milled, unless you select unmilled base malts.
Documents
Customers Also Purchased

Reviews
Powered by TurnTo
Review More Purchases | My Posts
4.6 / 5.0
5 Reviews
5 Stars
4 Stars
3 Stars
2 Stars
1 Star
3
2
0
0
0
Rated 5 out of 5
Highly recommended
Wow this really came out good I would definitely recommend this one to anybody I've never tried the commercial version but mine came out fantastic everyone I let try it loved it a real easy all day drinker 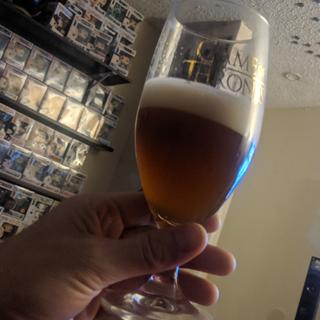 Added Aug 23, 2019
August 23, 2019
Jeff J
Rated 5 out of 5
Double Barrel Ale
Excellent beer. One of my favorites. Always on tap.
October 10, 2018
Randall H
Purchased
over 3 years ago
Rated 5 out of 5
Oaky awesomeoness
This is going into my regular rotation! This beer is hard to describe. The hop flavor shines but without much bitterness. The oak flavor really adds an interesting flavor. It's darker than I expected (not a bad thing), and head lasts forever.
January 24, 2018
James Fisher
Purchased
over 4 years ago
Rated 4 out of 5
House favorite
Firestone Walker?s DBA is one of my favorite commercial beers and obtaining this recipe was brilliant. I have made this kit several times now and highly recommend it for those that want a rich malty flavor that is not overpowered by hops. Side note - try dropping a shot of Brandy in the glass. Now...if we could just get the Sucaba recipe...
May 29, 2013
CoryP
Rated 4 out of 5
Good value, not quite as oaky
Grab an extra batch of oak cubes if you are really looking for a strong oak flavor. This is still a great recipe and voted favorite of a visiting friend.
May 6, 2013
RD